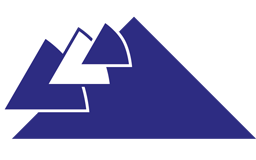 Newly add to Bittrex, the Safe Exchange Coin (SEC) is the new product of Safex.io. This new coin has been created in order to continue funding the world’s first Decentralized Contract Market. Here’s the result of our Interview with Daniel Dabek, the founder of Safe Exchange.

Daniel start putting himself to work in cryptocurrencies in May 2014 while interacting with the Bitcoin community in San Francisco.

The experience that I offer to the cryptoeconomy stems from programming and financial markets trading. I had been a proprietary trader for a broker/dealer on Wall Street, and there I realized pushing buttons 9:30-4:00pm was not my idea of sleeping on the beach and money being made at the same time. I got into programming and began writing trading systems to automate trading.

I always wanted to be in San Francisco where technologists were more commonplace, and less intimidating to folks who are not technologically advanced in understanding and colloquial conversation. It was true, many many people in SF know a lot about technology so that has been very conducive to support my cultivation for cryptography and my studies in building systems.

Why a new exchange? What makes your exchange different?

Safe Exchange takes on a new paradigm in networking and encryption. Currently exchanges require you to deposit funds with them. What the digital ecosystem needs is an exchange software that will not require you to deposit and surrender your deposit until you’ve made a trade that meets your demands. Only then should you be required to surrender your funds to someone else, because someone else will be surrendering the product that you ordered.

That being said, we also need the system to allocate 100% anonymity so that people can choose what they expose to potential trading partners. As well as cryptographic integrity so that we can not be impersonated. That’s what the SAFE Network affords us. It is a decentralized data base for any kind of data whatsoever, and using the cryptographic systems so clearly demonstrated by the bitcoin community I am arriving at an exchange for cryptographic material that is completely secure in terms of double spends etc, and it is requires no block confirms since there is no blockchain in the SAFE Network which means things happen instantly. Even “smart contracts”.. no more 20 seconds in between dice rolls on ethereum.

How many people are behind SafeCex and how will the future development be done?

Safex is developed by me personally. It is all to be published open source at github.com/safex. The SAFE Network going live is an important factor in the future development. I will complete an excellent system for people to form cryptographic payloads and engage in trade at instant speeds. And the future use cases will be funded by future returns stemming from the ecosystem and any earnings from operating the exchange.

The exchange does not directly charge a fee, but does earn what is called SafeCoins from the SAFE Network based on its unique usage by people. When people perform a unique action the network rewards the application developer while using that application.

Do you have any roadmap in mind? (New features, goals or else)

For the future we will expand on the templates, yet arrive at a coding language for making contracts.

If you want to add your coin to Safe Exchange, “[they] will provide a cryptocurrency making toolkit, and a UI for people to do so. In March there is scheduled a BETA of the software, pending the SAFE Network MVP which is set to launch end of February, or shortly after that. Though within Q1 2016. The SAFE Network MVP exposes decentralized anonymous messaging, file storage, and self-authentication(making an account wihtout storing any info with any 1 person)”.

Thanks to Daniel Dabek for its time! More details about Safe Exchange Coin will be available with the BlockChainDynamics Radio Podcast of this week!